This blog isn’t dead, wooh! I’ve been both horribly disorganized and sort of unmotivated for a few weeks. Earlier this week I finally got my phone working again (thank you, Kunal!), and by that I also got my productivity/planning apps left and boy have I missed them. I suddenly feel like I know what’s going on again! I can plan my time! I can prioritize! So this week I’ve been slowly getting back to things, and it feels good. As such, I thought it was about time I got back to my flash fiction Fridays, so I have once again pulled a card out of my Dixit deck: 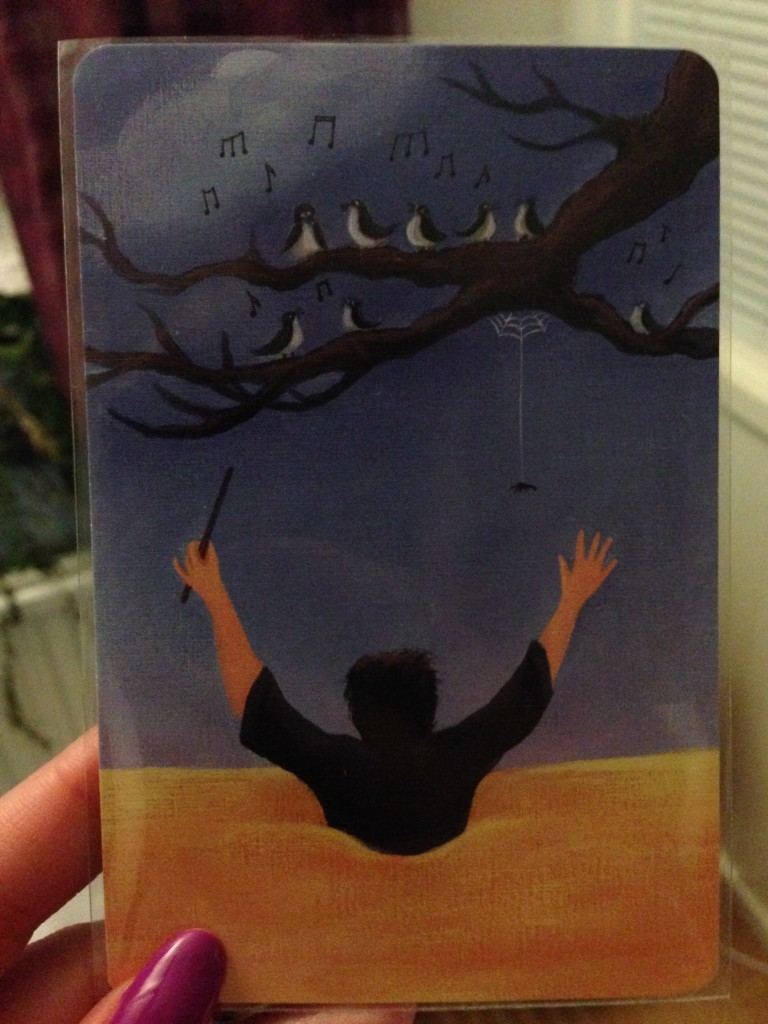 I’ve seen this card a bunch of times, but I’ve never before realized that the person in the picture seems to be sinking in quicksand or something. I thought they were just sitting weirdly. I think maybe that’s why the story took a bit of a dark turn:

Like I said, it went a bit dark there towards the end. Still, it feels good to be back in the flash fiction groove. And now, it’s about to feel good to get into bed.