I had never really noticed this card before I pulled it out of my Dixit-game tonight. Isn’t it delightful? All credit to Dixit and their fantastic illustrators, as usual. 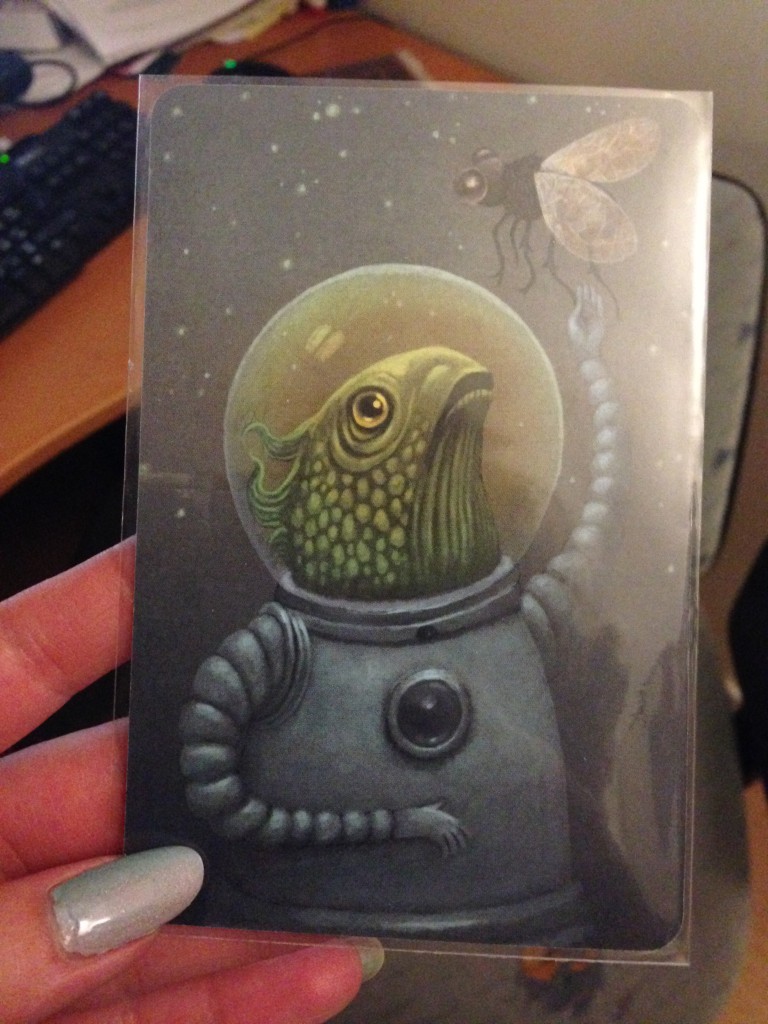 Telq pushed himself, and his bulky suit, the last little distance out of the water. As he sat up and looked around, he was taken aback by the lack of buoyancy. All those hours at the training center didn’t stop it from being a bizarre feeling, being surrounded by air on all sides except below, where the hard ground rested.
A sudden movement drew his attention, and he turned his head. The fly was almost the size of his head, and seemed unperturbed by this sudden newcomer, flying by so closely that its leg brushed against Telq’s glove when he reached out his hand.
“Amazing…” he mumbled to himself, then he remembered the script that had been thrust into his hand before his journey started. He cleared his throat to make sure the words would reach all those listening at home. “One small step for a fish, one giant leap for fishkind.”

 I sometimes balk at the more bizarre of the Dixit-illustrations but this scene came to mind straight away. One of these days, though, I’ll do a flash fiction piece that isn’t called “The something”, hah!

One Reply to “Flash Fiction Friday – The Terranaut”