Hi guys! Time for flash fiction Friday. Tonight I’m doing a piece based on a Dixit card again! It’s been a while, so it was fun to do it. Here we go: 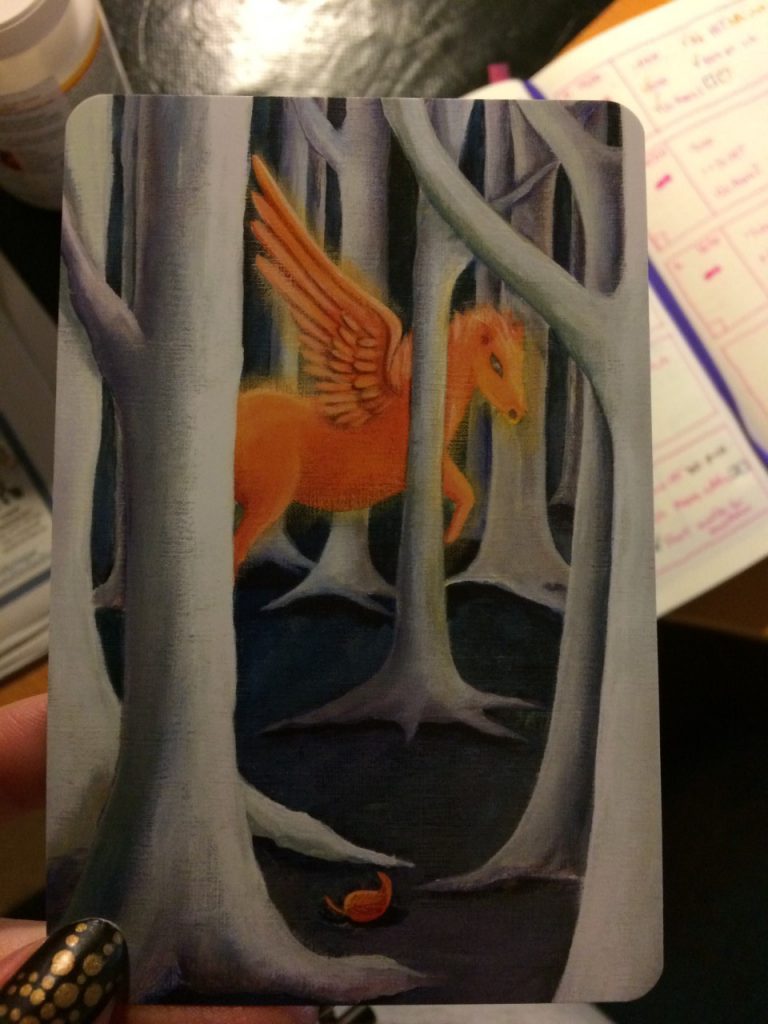 He hurried between the trees, crouched low. Moving with barely more than a swish, he dodged around shrubs and over roots following the tracks without the slightest hesitation. His heartbeat pulsed in his ears, and it was only experience that told him only he could hear it. Soon he would have it! After all this time, all these missed chances. It was trapped now, wouldn’t be able to take flight in the dense forest. This time it wouldn’t get away. He heard the soft sound of the hooves in front of him, not close but not far.
He pushed on, hurrying his steps further. Almost, almost… Suddenly, with a surge of anger, he realized the the trees were thinning. More light came through from the canopy above. “No!” he didn’t care that his voice echoed through the woods, his prey knew he was coming anyway. “No, no!” It couldn’t happen again, he wouldn’t let it. All this planning, all this time… and if he failed now it would be too late.
He broke into a full sprint, thorns and branches ripping at him as he went. Just a bit longer, just a bit longer…
The woods opened up into low grass, and then there was the woosh of wings. In the middle of the clearing, a single golden feather lay. The pegasus was already disappearing quickly, shrinking into a glowing spot against the sky.

A very short one this time, but hey… short and sweet, right?

One Reply to “Flash Fiction Friday – The Feather”