It’s a miracle! A piece of flash fiction whose title isn’t a definite noun. Bet you didn’t expect that to happen, huh?

This time, the title is an adjective. Yay, adjectives! Here’s the picture: 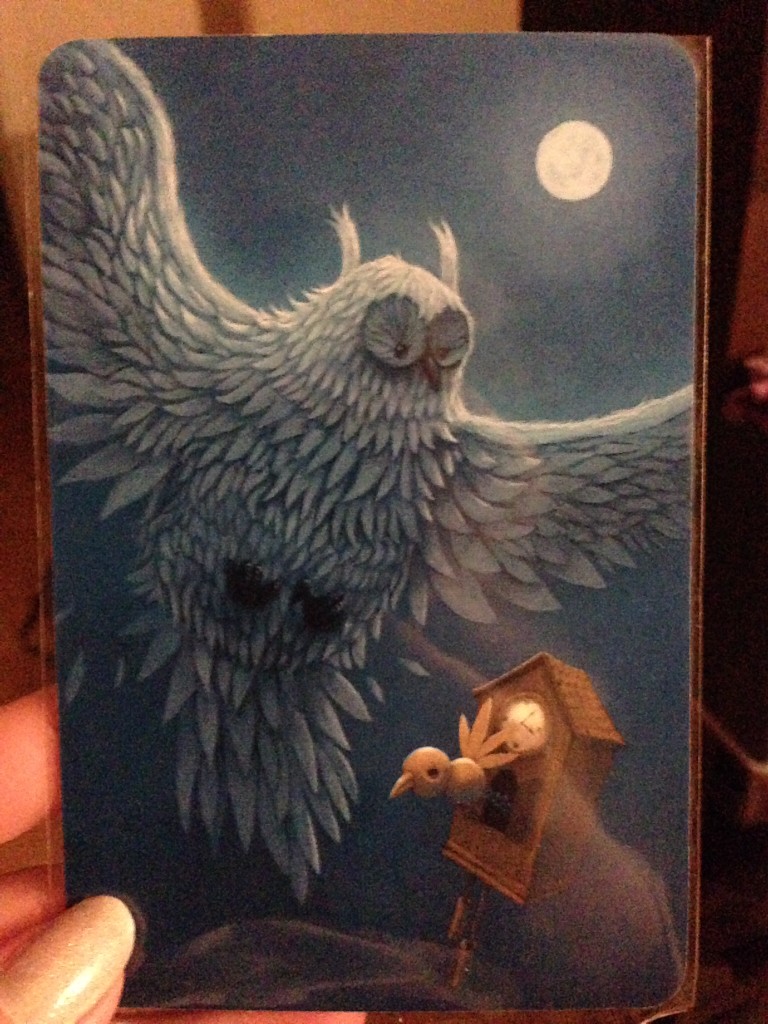 She loves me. I just know it! Every night I fly by her house at the same time, and every night she comes out, just for a moment.
I remember when I first saw her. Her light frame captivated me. Her feathers glowed golden in the moonlight. Her crisp “coo-coo” thrilled me! I didn’t think much of my chances, but the next night as I flew by, she came out again. I knew then that she felt the same way I did. Night after night I fly by, and night after night she says nothing but that crisp “coo-coo” no matter what topic I try to talk about.
She’s just shy. She’ll warm up to me eventually. I know she loves me. Why else would she come out to meet me every night?

Note: I wrote this last night, but my Photostream refused to sync so I thought I’d wait to post it until I had the picture. But of course I forgot to check it this morning so here it finally is!