My world building progress this past week has been of the “slow but steady” variety. I’ve read up on map projections, spent a lot of time looking at maps of Earth and fictional worlds and sketching various continental setups for Erziyye since I realized I wasn’t totally happy with my first setup.

What I learned this week

And here’s the state of my map: 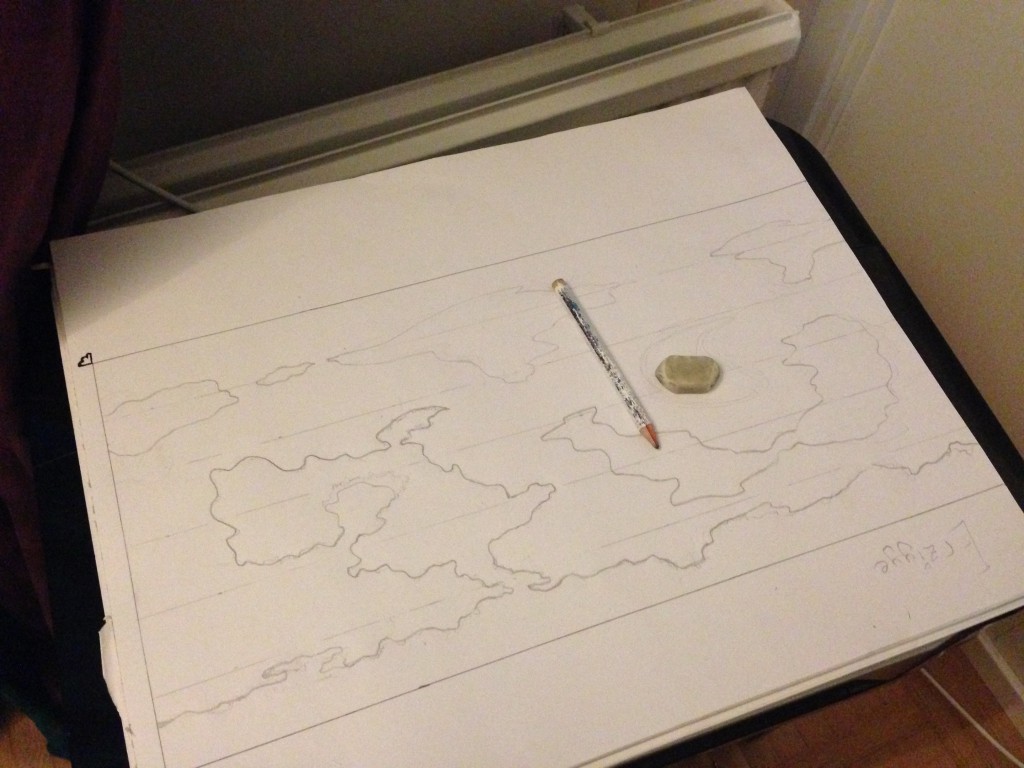 I know, it isn’t terribly exciting. But it’s getting there!

Resource of the week

If you’re into worldbuilding, or just fantasy in general, you should check out the podcast Worldbuilder’s Anvil. I’ve been listening to it for the last few weeks and I really enjoy it. I’ve listened to about 60 episodes out of the 83 that currently exist, so I’m almost caught up! I enjoy the format of the show: the episodes are pretty short (10-20 minutes) and usually cover a pretty well-defined (if not technically limited) topic. For the first 50 episodes, the host covers a range of fundamental worldbuilding topics as well as doing the occasional interview. After episode 50 the setup changes a bit, with episodes on specific questions, ones with more in-depth information about the host’s own fictional world as well as ones about other fictional worlds were introduced. I like the new setup, it mixes things up a bit but still focuses heavily on worldbuilding and bring up a lot of issues relevant to me as a builder. I usually listen to the episodes when I jog, take walks or do the dishes and I find them both interesting and inspirational. I don’t follow the tasks he gives his listeners, but I’ve still solved a lot of problems for my world and gotten a lot of good ideas from listening to it. So check it out!