This weekend, about 6 months and 10 days after the release of Going Home, its sequel Dress Rehearsal Rag hit the Kindle Store and Smashwords. Yay! Normally I’d do a separate post about news as big as this, but since it’s Monday, and since I’ve already told most people about it view Twitter, Facebook and my newsletter (which you, as always, should sign up for!), I figured a combined post wouldn’t hurt. It’s been a crazy rush towards completion over the last few weeks, and it feels great and a bit surreal that it’s finally out! I hope you buy it and if you do, I hope you enjoy it (and leave me a review!). 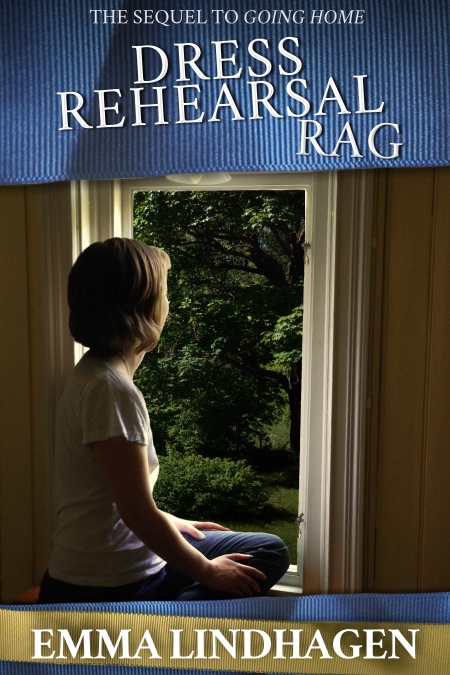 So now that Dress Rehearsal Rag is out, what’s next? Well, in between vacation and arranging my hours on the day job around when I’m the most busy rather than dividing them evenly, I’m not going back to my office until mid August, and I’ve got a bunch of things I want to get done during that period. Reinvigorating my studies, for one thing, as well as Camp NaNoWriMo in July and a number of other projects. In order to make my summer less chaotic than my spring was, I plan to take my planing very seriously (hah!). In fact, I’ve made myself a little schedule:

Between 7:00 and 9:00 I will work on worldbuilding and organization for a total of about 90 minutes. The organization part of it will consist of going through and organizing my Scrivener projects, and creating a master list of my writing ideas and their stage of development. The worldbuilding part of my mornings will be spent building a fantasy world in which I will be writing some stories I think will be rather awesome. I’ve never done a large-scale, ground-up worldbuilding project before, so I’m both excited and nervous. For the first week, I’m mostly going to be reading tutorials and guides about worldbuilding, and making a plan for which order to do things in.

Between 10:00 and 13:00 I will study for a total of about 90 minutes. I feel like my studying muscles have atrophied quite a bit in the last year, I’ve just been so busy with other things, and having to work harder than usual gives me a bit of anxiety, hence why this block of work is longer than the first one with the same goal for active time spent. I think getting the studying done before lunch will be good for me.

Between 14:00 and 17:00 I will write for a total of about two hours. Until Camp starts in July, this will most likely consist mostly of editing drafted shorts and finishing half-drafted shorts.

Inbetween the blocks of time, and in the evening, I will do in my downtime what I usually do: eat, nap, watch Netflix, talk to my boyfriend, but I will make an effort to read a lot, too. I do love reading, but it falls away so easily when I get busy. The timings listed above are approximate, and in the weekend (during which I’ll be schedule-free) I’ll see how much progress I’ve made and adjust my schedule accordingly, but I’m feeling quite positive. I think the structure will increase my chances of being productive greatly, and the “buffers” that exist within and inbetween the blocks as well as how early in the evening it ends will make it easy to be flexible and move tasks around when something else (coffee with friends, laundry, whatever) comes up. Am I being quite ambitions for a lady on vacation? Probably. But I know I’ll be so much more content at the end of the summer if I feel like I’ve made good progress with my projects then if I just lounge around. And don’t worry: I always find time to relax!

3 Replies to “Twice Fortnightly – Dress Rehearsal Rag is out! And onwards.”