So, as a rule I only boost things I’ve actually read/watched/generally consumed in some way, but I’m making a sort of half-exception today. You’ll see why below. Anyway, today I’m boosting:

Serafina’s Flame is a fantasy novel about three women who are called by their near-forgotten goddess to save their people. It’s themed around the symbolism of maiden, mother, crone, which was what made me go “Oh, I wanna read that!” when I first heard of it. The thing is, this book was originally planned as a novella-series with three separate parts, and the first of them, Burn, was released on its own. I read it a while back and I was gonna boost just that, because it’s a great book and I really loved it. However, apparently I’ve been out of the loop and hadn’t realized that it had been compiled together with the two other books in the would-be series and released as Serafina’s Flame. It’s now on the list of things I’ll read after New Year’s, before Uni starts again, because I really can’t wait to read the two other stories. 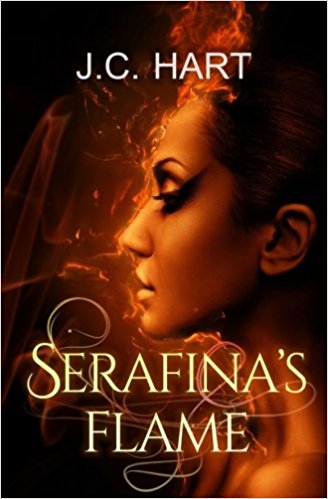 Burn, or Carmel’s story in Serafina’s Flame, is a beautiful and touching story about a woman who is struggling to bring her dead son’s body to the sacred burial grounds of their people, while also caring for her infant grandchild. There was much crying when I read it, of several different varieties. I expect no less from the other two parts in this story! So, I think you should all check it out!

J.C. Hart is a Māori speculative fiction writer and all-around awesome person! You can visit her website, or follow her on Twitter @JCHart. She’s got several other books out, including the Kotahi Bay series (which is paranormal romance), and is an excellent short horror writer with stories in the anthology Baby Teeth: Bite-sized Tales of Terror. Check her out!

And now, if you’ll excuse me, I have gifts to wrap.