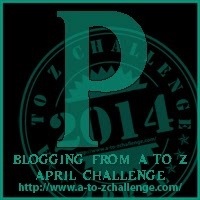 I used to write a lot of poetry. My most productive period was probably about 17-20 years of age. At 19 I published a poetry book as a school project. In the last few years I’ve written considerably less poetry. Not quite sure why, but I miss it and I really think I should try and get back into it since I really do enjoy it. I’ve just… fallen out of the habit somehow.

Here’s a poem that I wrote when I was 19. I wrote it shortly before having sex for the first time, and shortly after meeting the man I had it with. It remains one of my favorites.

If you want to read more of my poetry, you can visit my page on DeviantArt, where I have a lot of poems, a few snippets of prose and some photos. Most of the stuff on there is quite old but some of it’s newer and honestly… even if my older stuff is often very adolescent, that’s not always a bad thing. I do have a lot of poems on my computer that are waiting for that finishing touch. One of these days, I should make a project of it…