I was actually going to blog about something totally different tonight, but then I went to the cinema with a friend and her husband and saw Cirkeln, a Swedish fantasy film based on a book with the same name by Mats Strandberg and Sara Bergmark Elfgren. It is the first book in the Engelsfors trilogy, and both Cirkeln (the Circle) and it’s sequel Eld (Fire) were very popular when they came out (the third book is coming this summer).

My interest in the series actually came from listening to a talk that one of the two authors, Sara Bergmark Elfgren, did on a classic Swedish radio show. I hadn’t planned to listen to it, but my dad called me one day and told me he’d listened to it and he felt it had made him understand my love for the fantasy genre a bit better. So naturally, I said I’d listen to it and then didn’t do so for weeks. When I finally did, I found myself crying in wonder at how this stranger had managed to put into words why this genre will always been so much to me (on the bus, no less). You can still listen to the talk here. I feel a little sad that I can’t share it with all my non-Swedish friends.

After this, I bought the book. I eventually bought the second one too. I proceeded not to read them because life got in the way. When I heard there was a movie coming out, my initial thought was “meh”. Truth be told, I’m always skeptical to any Swedish movies that actually require things like special effects, explosions and big budgets. There are some good ones, of course, but they often come across like they’re trying too hard, in my opinion. Swedish cinema is, in general, at it’s best when it’s low-key. But then the trailer looked good and the movie got good reviews, so I decided to see it. And I’m so glad I did! 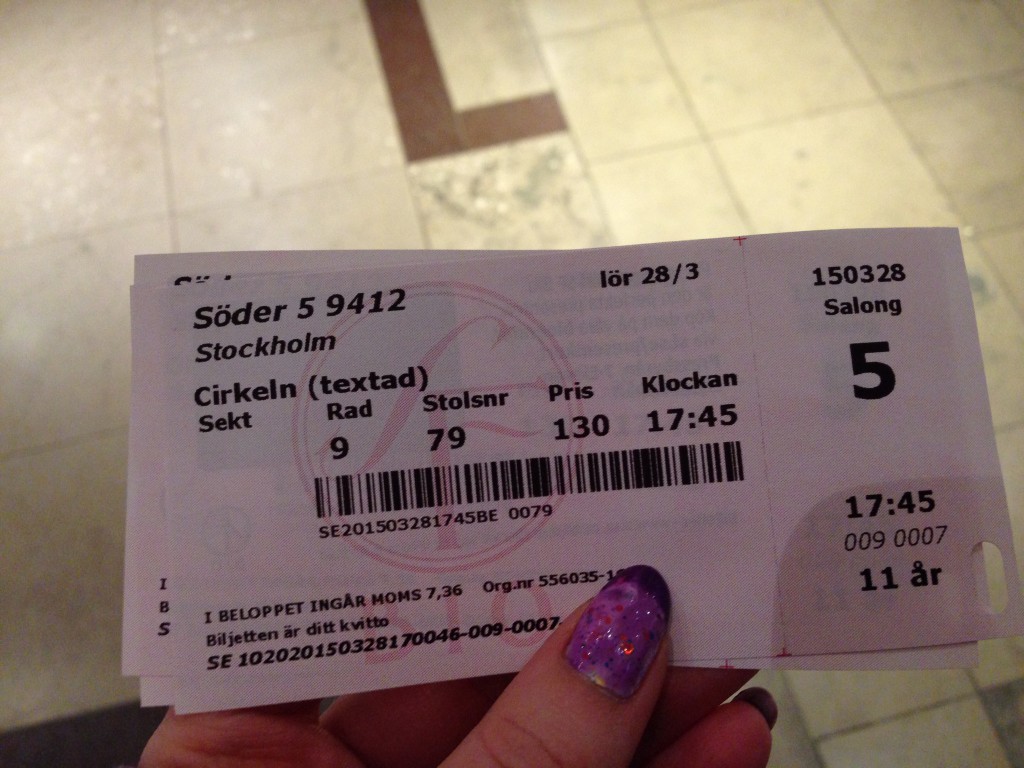 I really liked this movie. I’m a city girl and Cirklen takes place in a small town, but the settings and characters still felt very familiar and, in many cases, very genuine. The genre tropes were well-employed and mostly well-executed, and it was really really cool to see them take place with a Swedish forest as backdrop. Yes, there were some moments that probably felt more cringey than they would have in an American fantasy flick, but I honestly don’t know if that’s because they actually were more cringey or if it’s because it’s so foreign to me to see these themes dealt with in Swedish dialogue. And honestly, some moments worked better than I imagine something corresponding in an American film would have. And also really liked the relationships between the main characters, who go from being at worst enemies and at best “some girl in school” to having a very strong bond with each other. I think the friendships they formed, or in some cases just the mutual respect they developed, really made the movie for me. It’s so nice to see realistic friendships between girls, boys and parental troubles and demons be damned! It wasn’t perfect, of course, but I think it was great.

The most wonderful thing about this movie, though, was what happened when it finished. There were claps and woops. Almost half the audience was young girls with their mothers, and hearing them talk about how awesome the movie was and how scary and how much they loved it and how they totally shouldn’t have changed that part of the book almost made me cry. When I was that age, we fangirled over Harry Potter. Nothing wrong with that, but it warms my heart to know that there are kids growing up now who will have a bond with a Swedish series like the one I have with HP. I can’t even quite put my finger on why. It just feels special to me. It’s like my heart’s favorite genre has finally taken the time to learn my mother tongue.

3 Replies to “Spotlight – Cirkeln (the movie)”