Two ThinkKit prompts in one day today, again. I had actually planned to post yesterday but I ended up going to a late of The Hobbit: The Battle of the Five Armies and when I got back home I was just too sleepy to put the computer on.

Yesterday’s prompt was to write about a place that stood out for you in the past year. I knew as soon as I read the prompt what I’d write about: La Sagrada Familia, the incredible church designed by Gaudí that I had the privilege of visiting while on a family vacation in Barcelona. It is honestly the most breathtaking building I’ve ever seen, and will likely remain at least in the top 5 until the day I die. 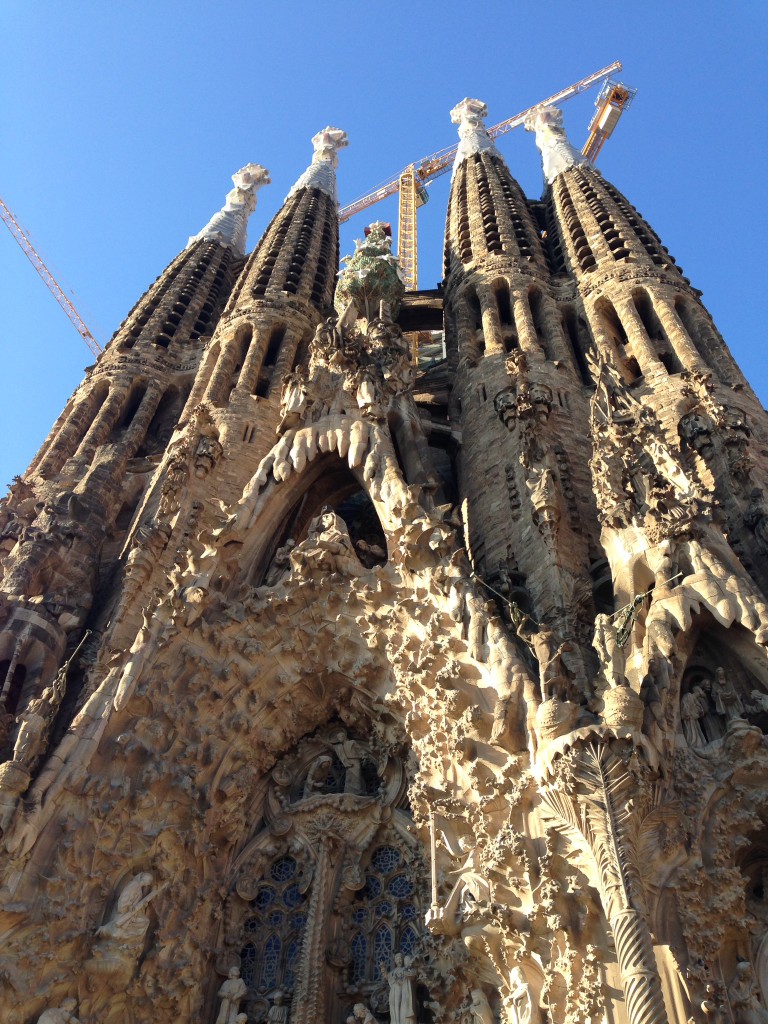 The construction of the church began in 1882 and is expected to be completed in 2026, surviving its architectural father by a whole century. Before the trip my father, who had been to Barcelona before, told me how the church, and Gaudí’s style in general, seemed to be way before its time. When I visited it myself, I found myself thinking perhaps it was build for the time of its completion, perhaps it’ll fit perfectly into the 2020s. 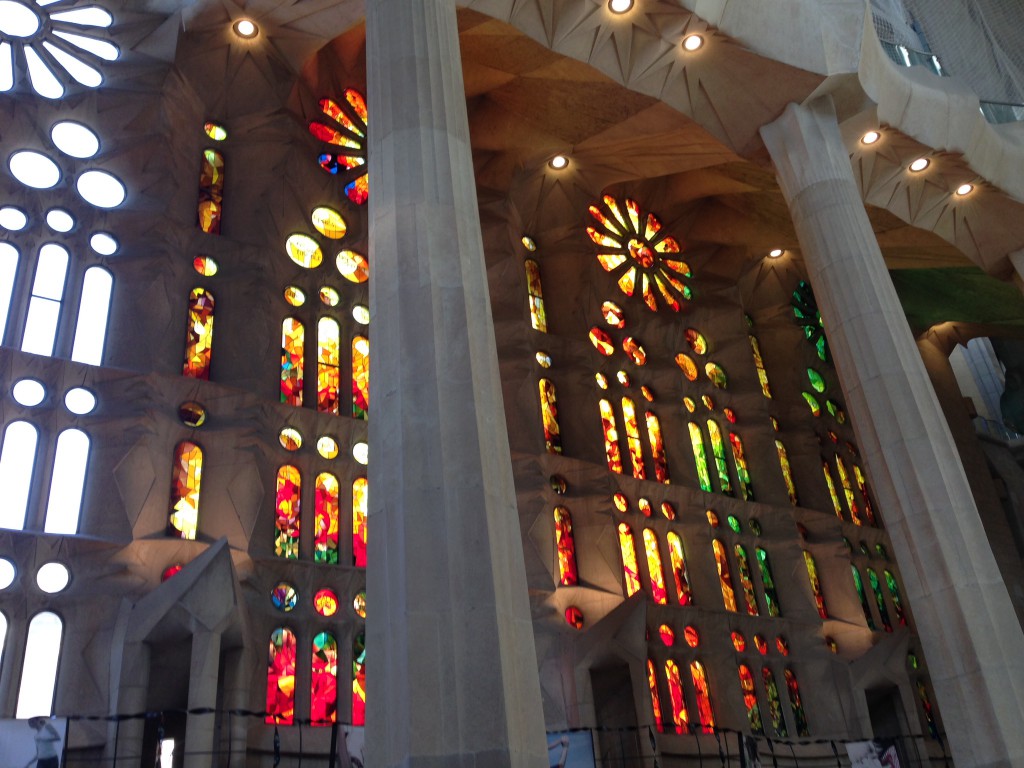 This building, for me, embodies the notion of “organized chaos”. It’s so strange, so wild, so colorful, and yet there’s such a meticulous order to its design. It’s like nature. Giant tree trunks of stone hold up the sky of its roof, upon which grows lumps of marvelous, mosaic fruit. Light cascades through the stained glass windows, marked with the names of holy people and places. I wish I could’ve stayed longer. 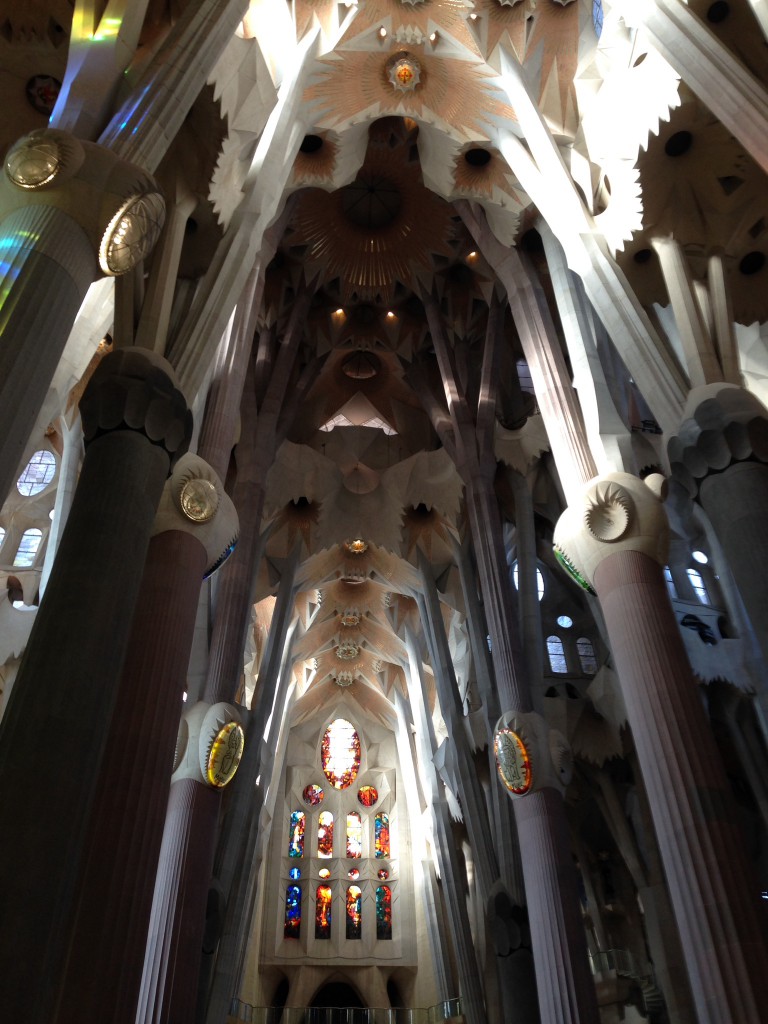 But, as will frequently happen on group outings, people got restless. There was sun waiting to be sat in and beer waiting to be drunk, so I only got a bit under an hour. I look forward to going back some day, maybe when it’s finished.

Today’s prompt was to show off something you’ve made and are proud of. Well, I made this: 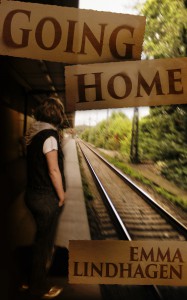 What? Did you really expect me to pick anything else?

ThinkKit is a blog project, with daily prompts in December. Friends who are also doing this are Zee Southcombe and Amanda Staley.